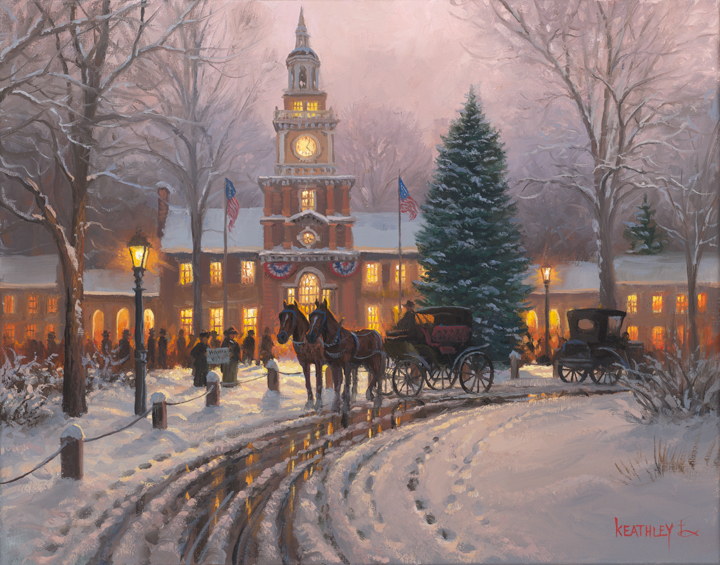 I wasn’t much interested in the art of learning when I was 15 and we studied American History. I remembered a few dates and names, but it didn’t really mean anything to me. When you get older and have more skin in the game, however, you start to care about politics a bit more. We want the party that will do what we think will cause the country to grow, or give us some free stuff, or make us feel safe – whatever our issue is – to win. So the fall of an election year starts to feel pretty important. I wanted to create a painting that captured one of those special events in history, and thought, “I wonder what the election of 1912 was like. It was surely one of the most important times in our history. In the following years, the Federal Reserve Act and the Income Tax Act were passed, the IRS was established, and then WWI started all during the term of the president who was elected that year. Surely he was one of the worst!” In looking up “vintage election photos -1912,” I ran across a bull moose party poster. Ding Ding Ding – I remember that from History class…. this could be good. Mr Roosevelt didn’t win the Republican nomination that year (which would have been a chance for a 3rd term) and so he instead started a 3rd party founding the Bull Moose Party. We had a donkey, an elephant, and now a moose! What a grand American animal. Surely he would win. Well, no, he instead split the vote of conservative republicans and handed the election to the Democratic candidate Woodrow Wilson. The rest is history! One thing that did change for good in the coming years from this time period, was a womans right to vote. In this painting, I have a couple of women with a poster declaring to the world that it is time to change on this issue. It’s a good thing to change on some issues like this one, but there are things to “conserve” as well. Let me be political just this once and say – Be INFORMED – do due diligence – don’t depend on sound bites! It’s Election Day ! – Mark Keathley